After a 2 year Covid hiatus, The Show must go on! And boy did it ever! 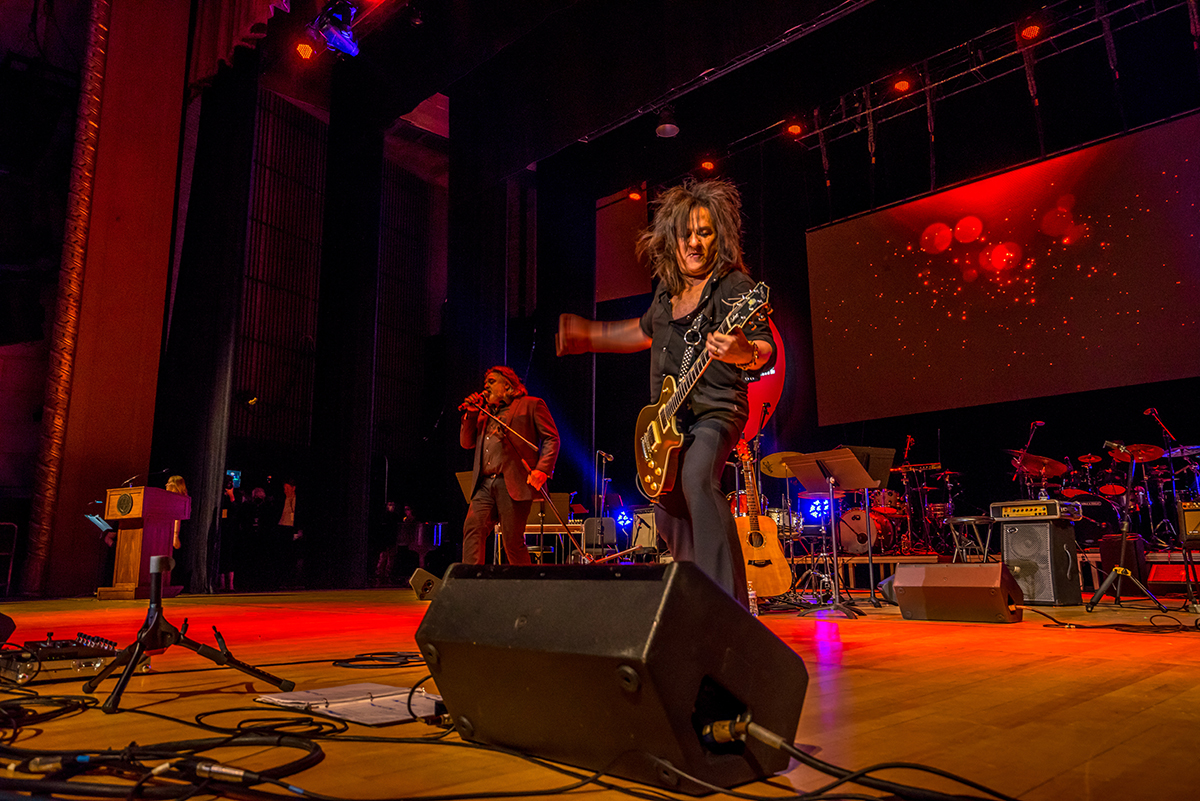 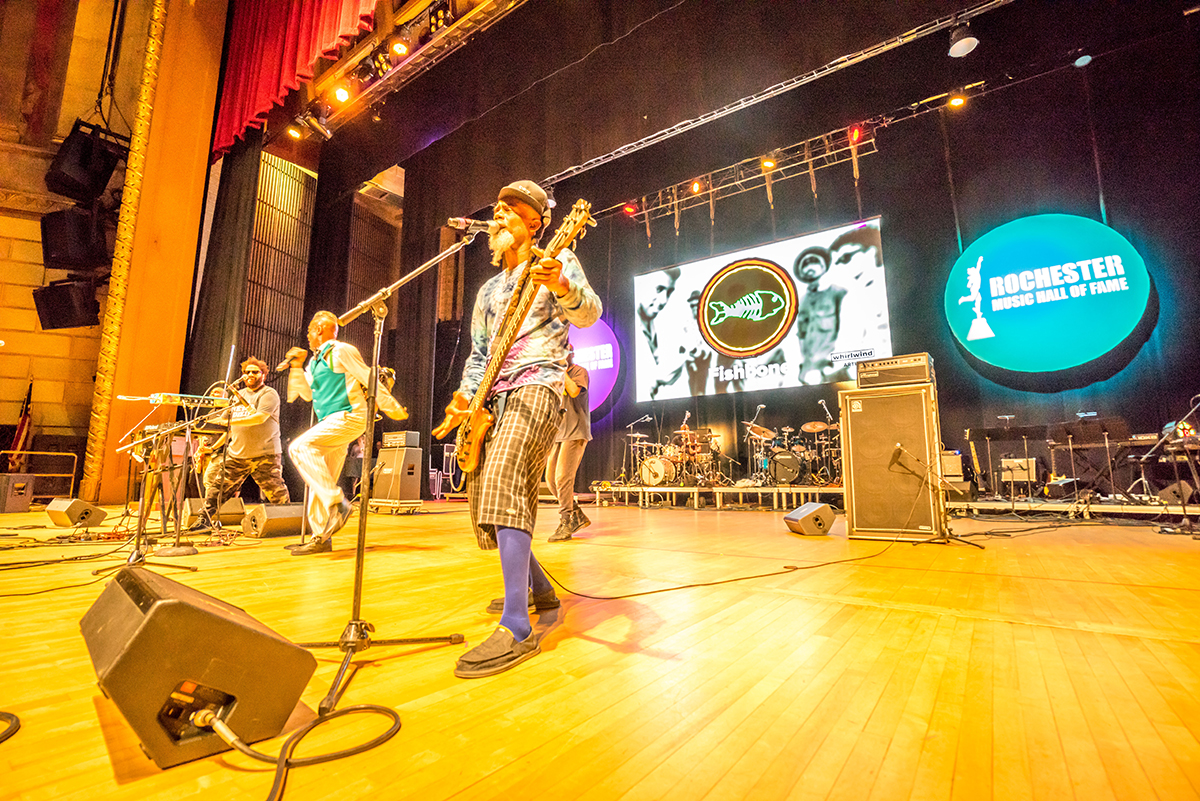 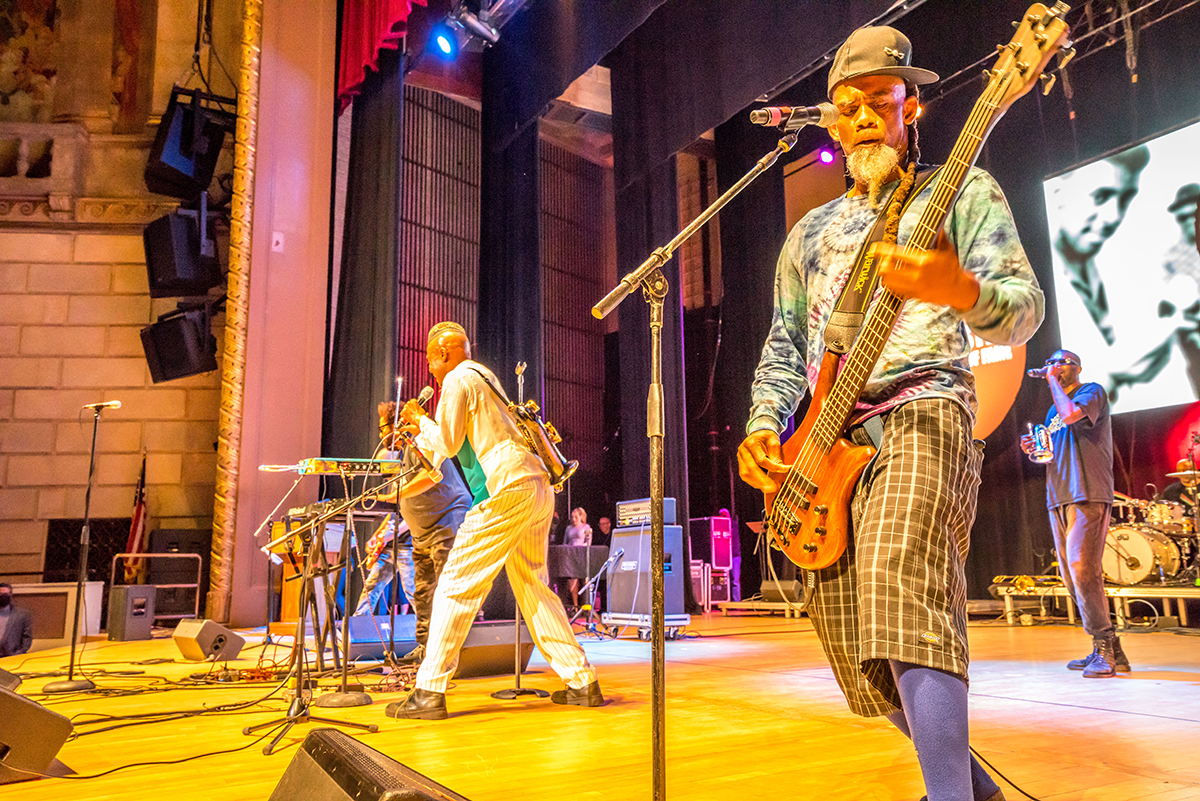 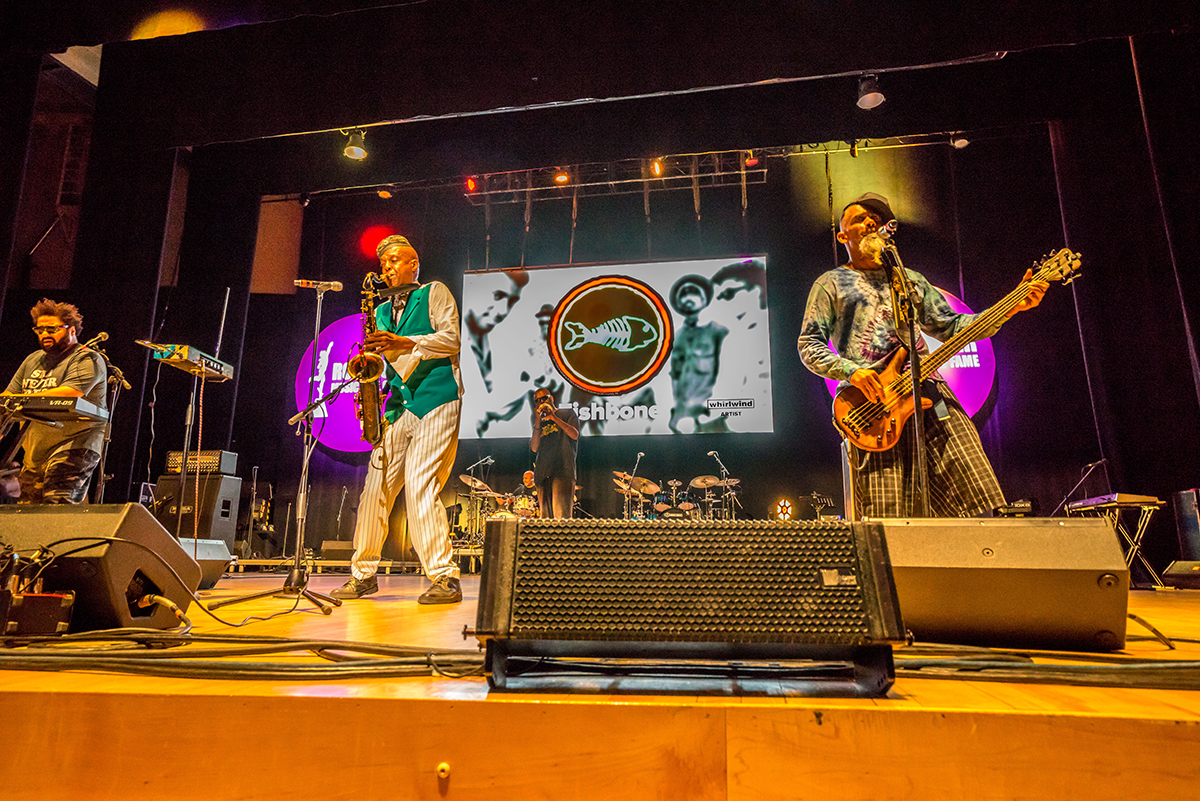 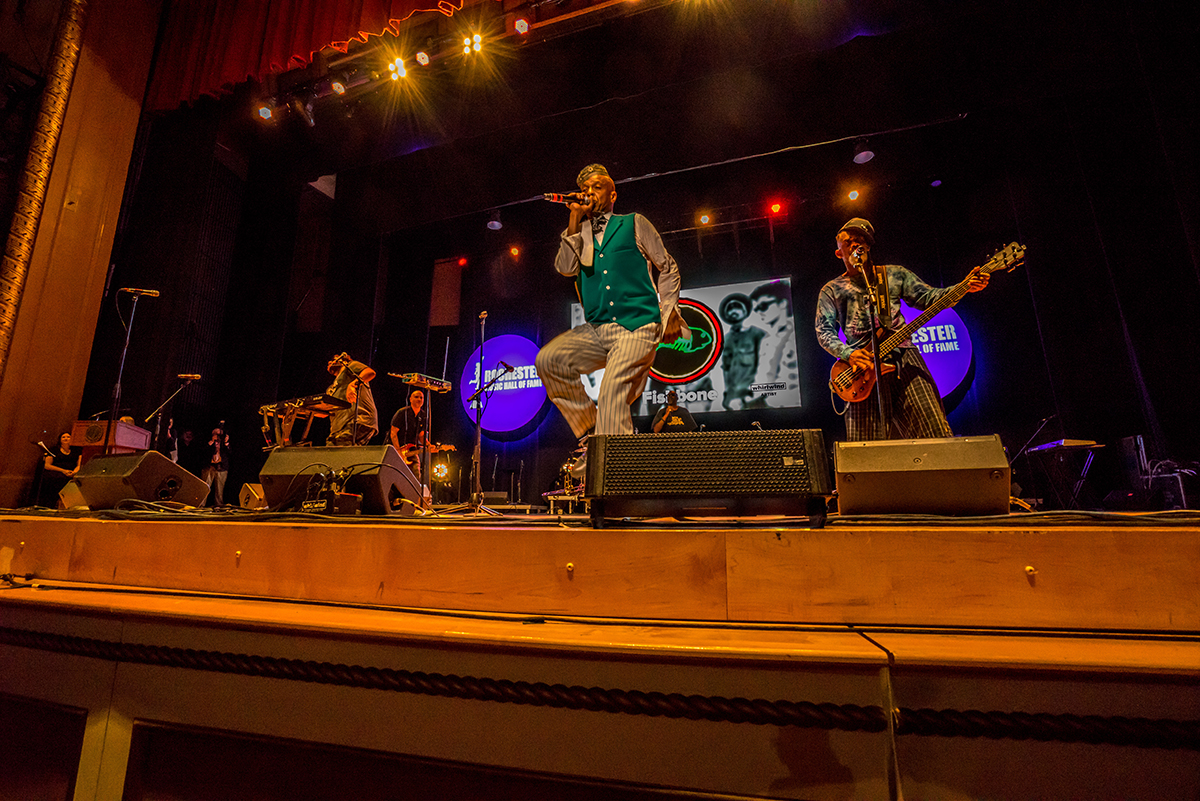 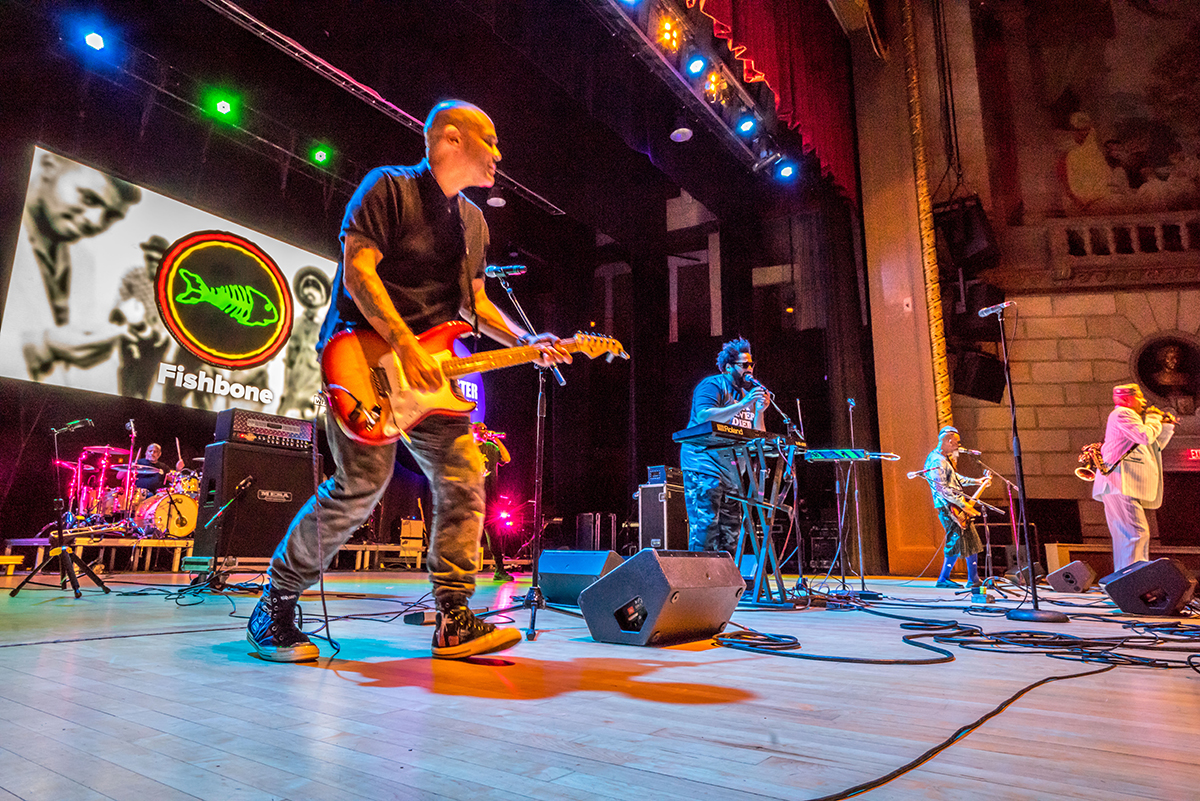 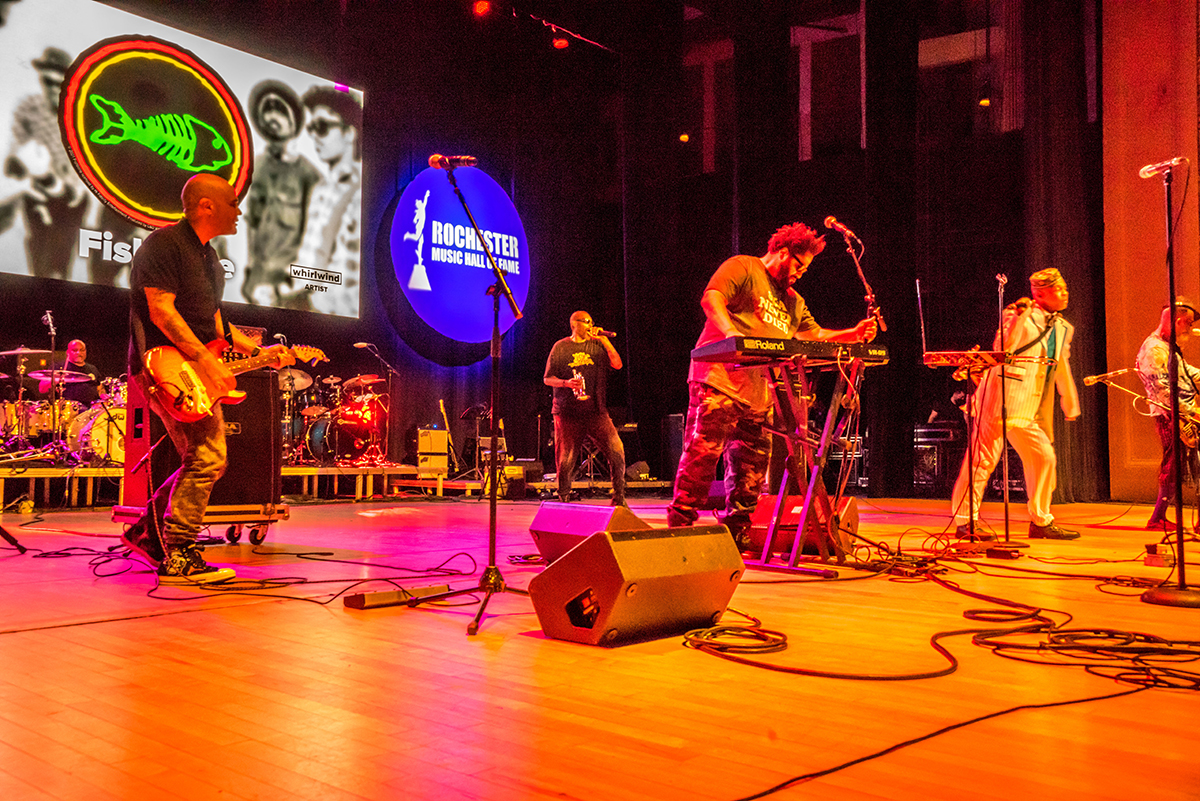 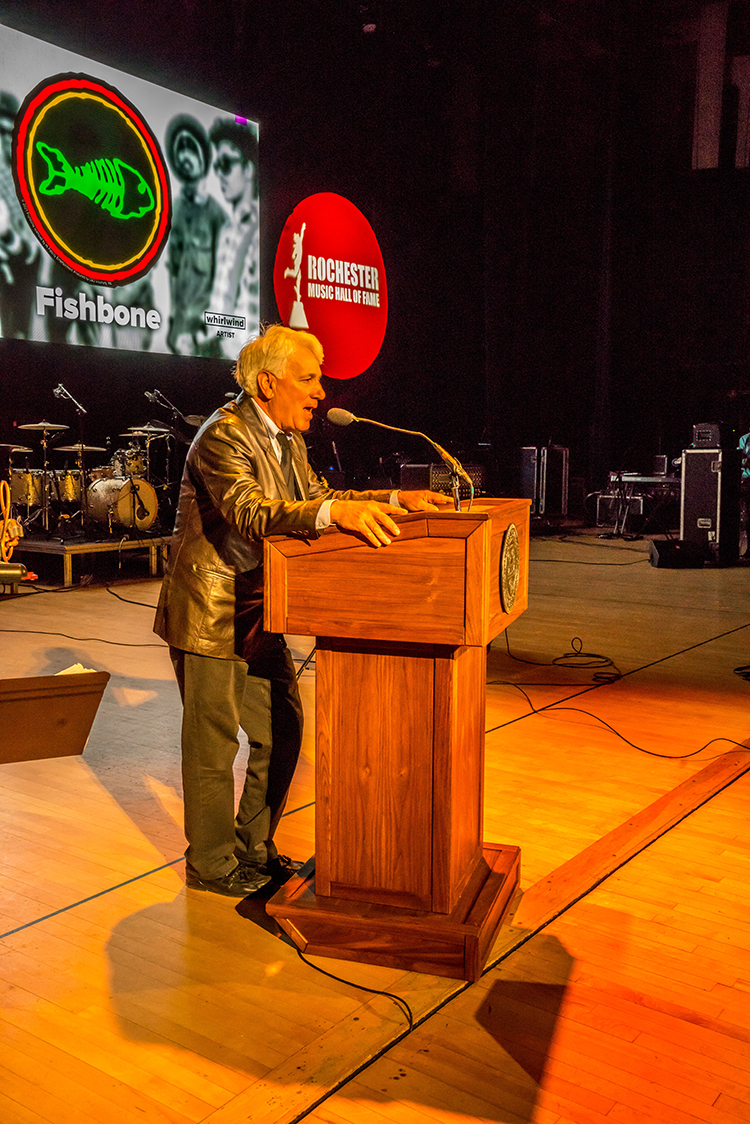 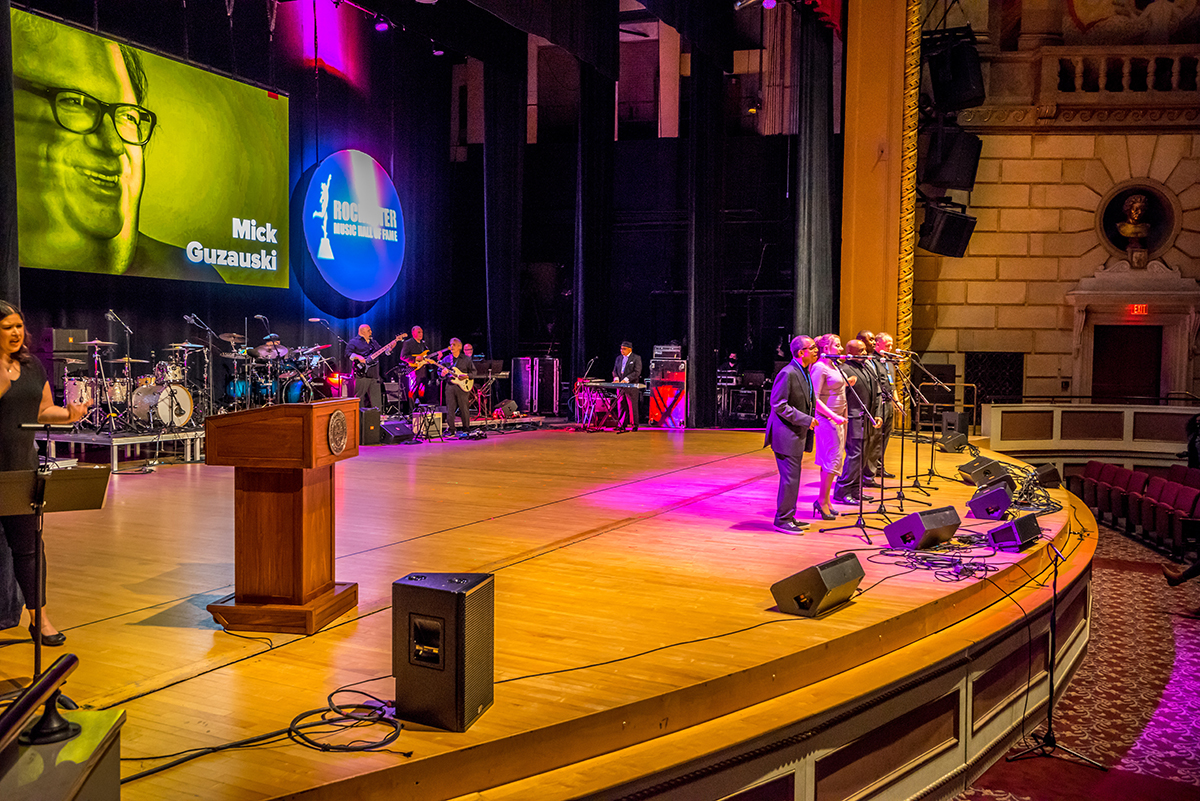 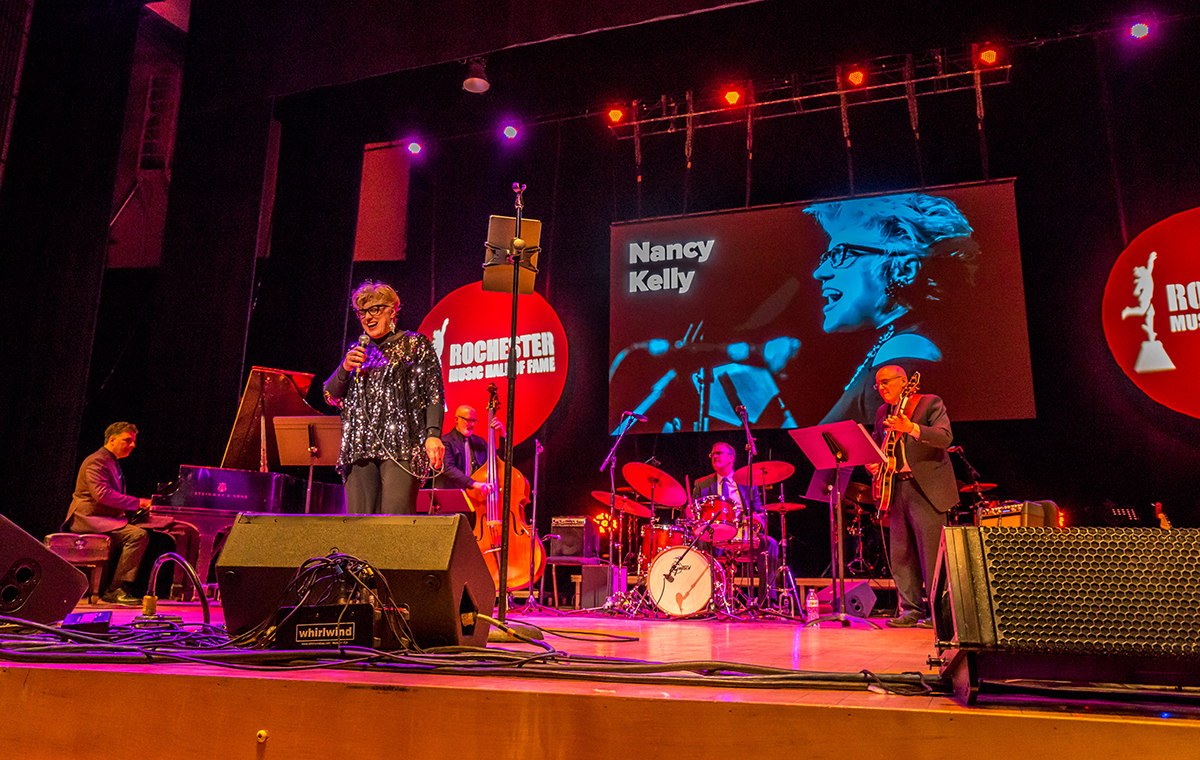 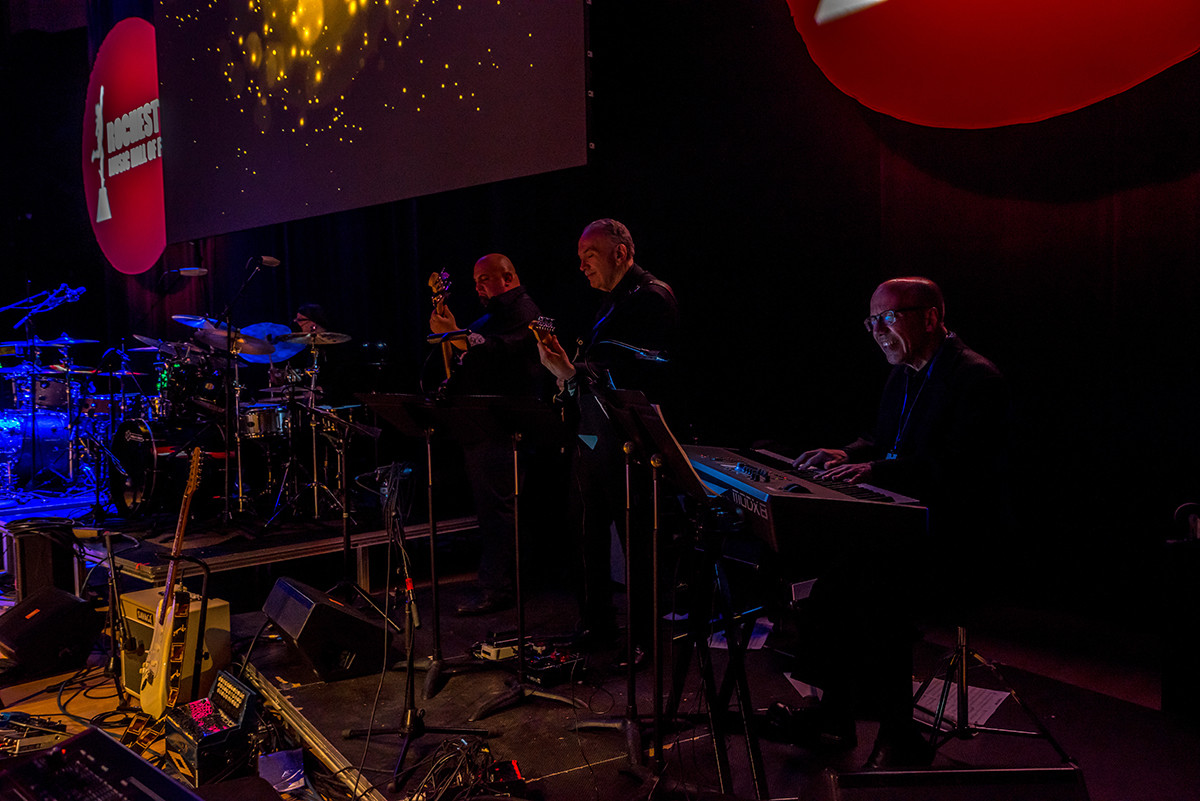 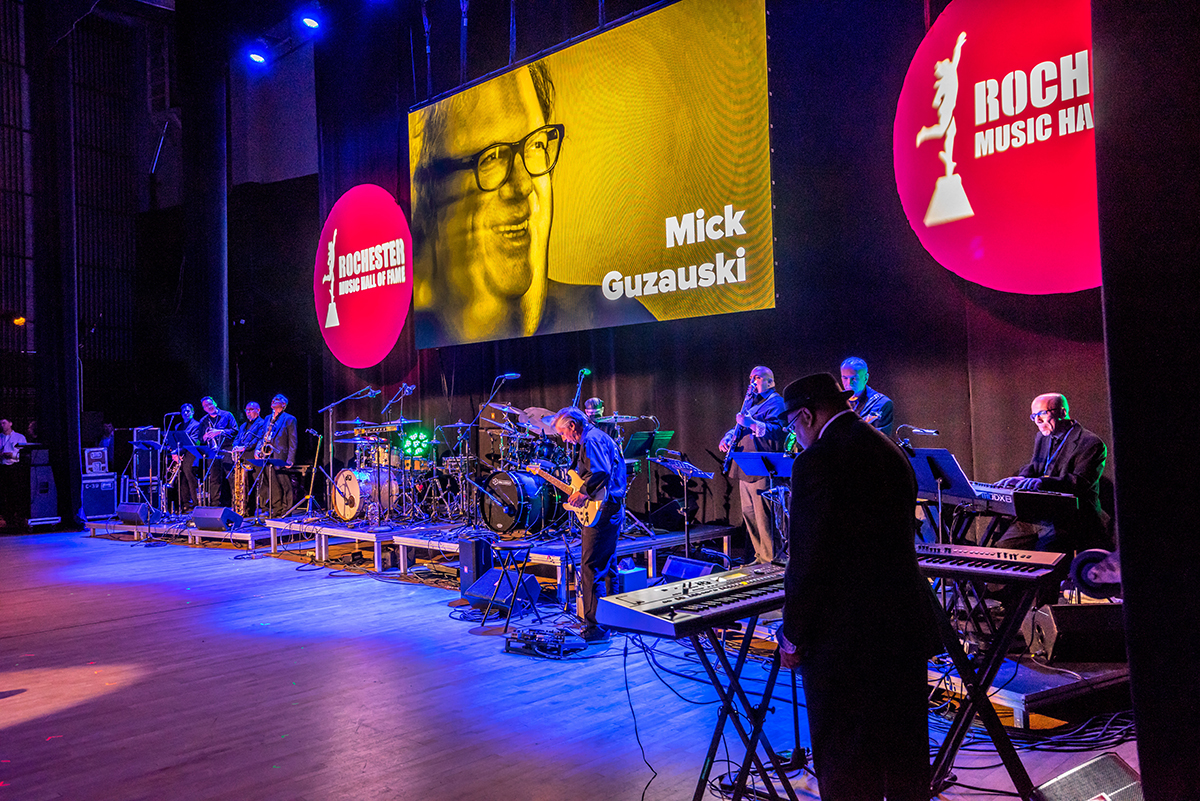 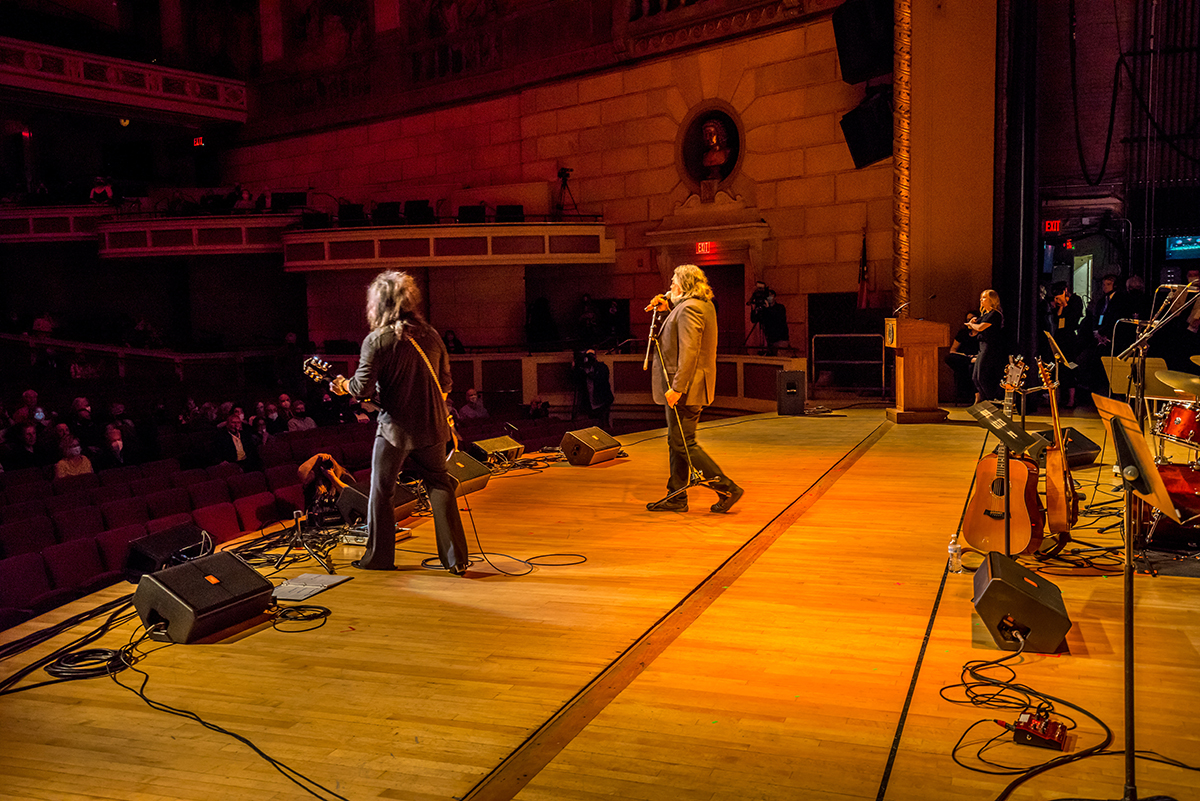 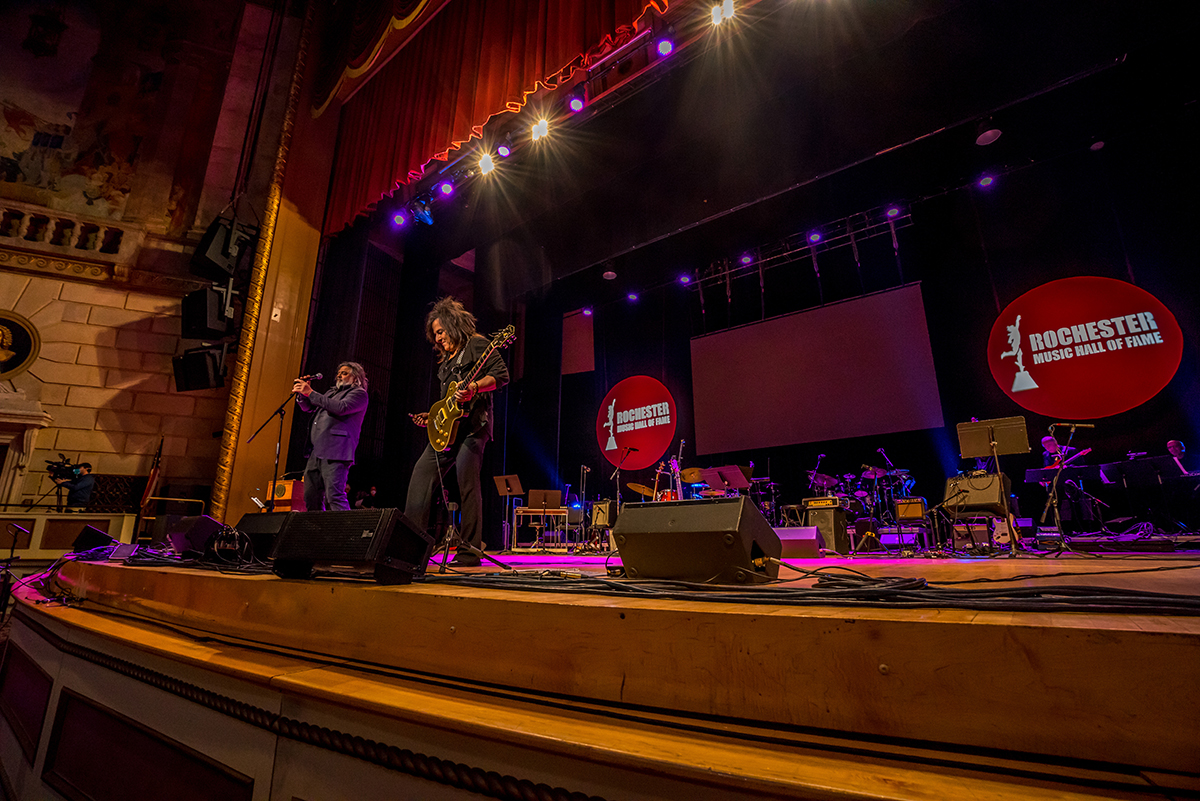 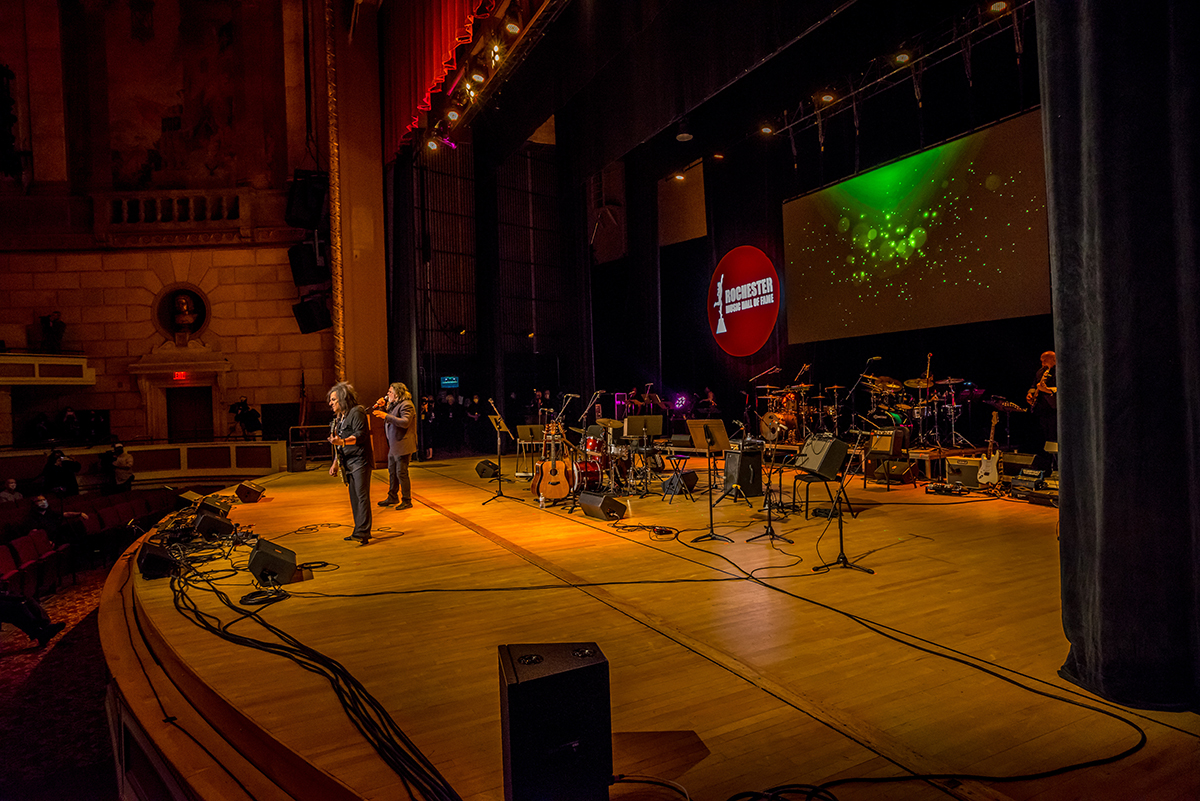 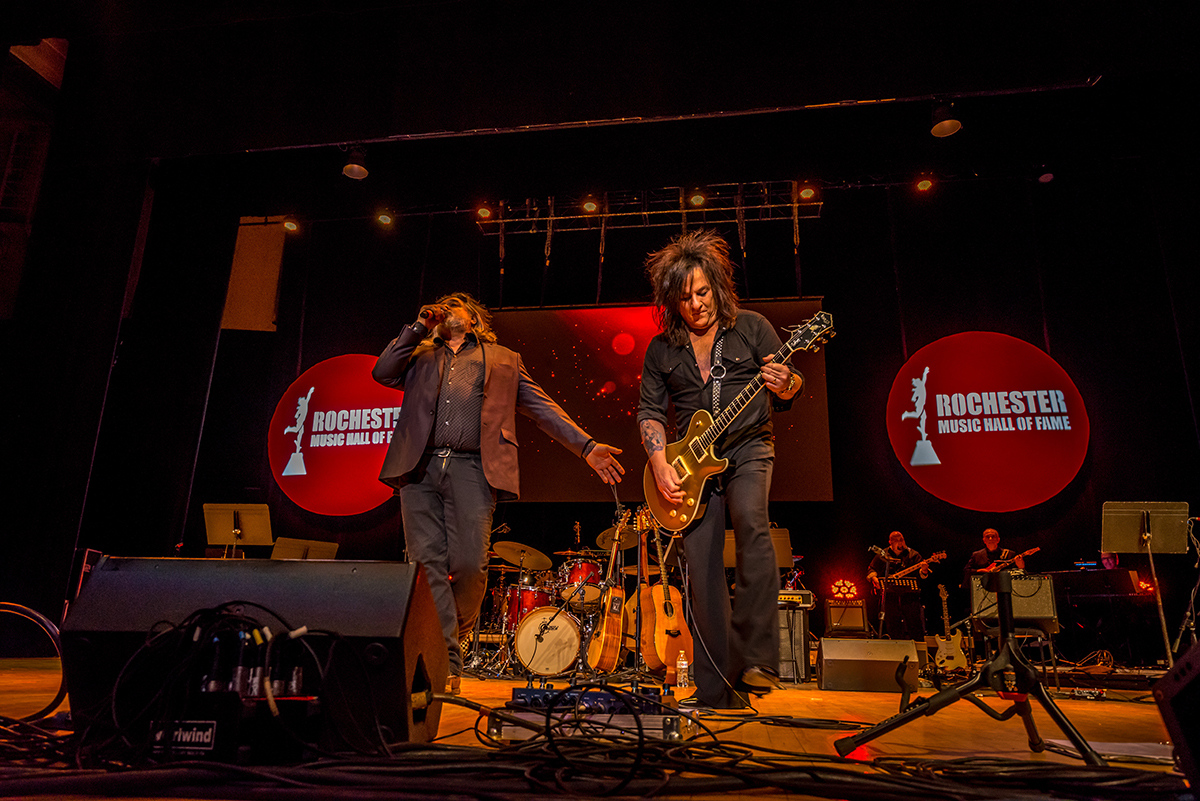 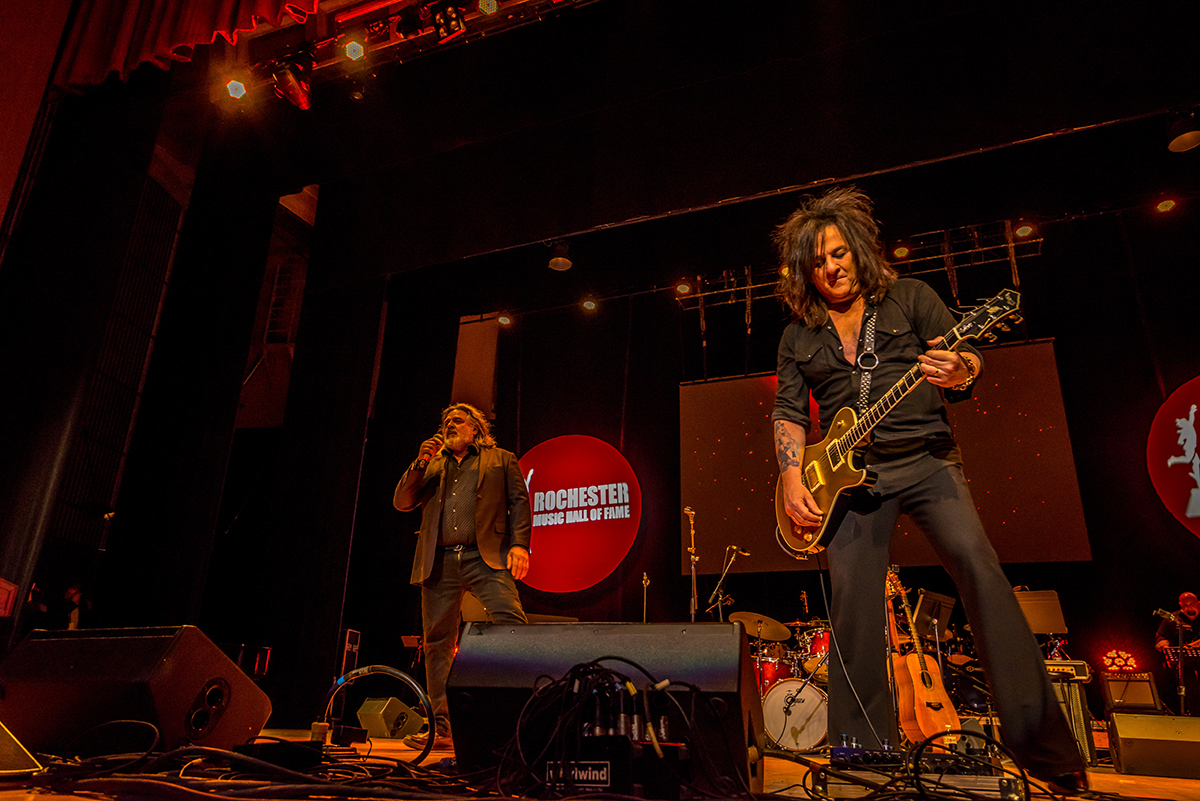 Inductees announced in 2020 being celebrated in 2022 are:

ROCHESTER, N.Y. — The show will finally go on! After the pandemic postponed the 2020 and 2021 induction ceremonies, the Rochester Music Hall of Fame (RMHF) has announced the annual ceremony will resume this spring — at 7 p.m. Sunday, May 1 at Kodak Hall at Eastman Theatre.

The five inductees previously announced in 2020 will attend the ceremony, and today a sixth inductee was named — the Eastman School of Music of the University of Rochester and the Eastman Theatre. The RMHF board of directors has long intended to coincide Eastman’s induction with its 100th anniversary. The school’s legacy, however, has been celebrated many times over the last decade, via alumni who have been inducted since the first RMHF class was announced in 2012. Of the 54 inductees to date, 17 are Eastman School of Music alumni, leadership, or faculty.

Tomorrow morning at 9 a.m. (Friday, March 4) Eastman School will host the “Next 100 Years” ribbon-cutting ceremony, ceremoniously ushering in the school’s next 100 years, with Rossi, UR president Sarah Mangelsdorf, and dignitaries including Rochester Mayor Malik Evans. The Eastman School of Music was established in 1921 by industrialist and philanthropist George Eastman (1854-1932) as the first professional school of the University of Rochester. The Eastman Theatre, the school’s largest performance venue, opened its doors on Sept. 4, 1922, as a center for music, dance, and silent film with orchestral and organ accompaniment. The Eastman Centennial Celebration will continue throughout 2022.

Plus, the Eastman Theatre is the home of the annual RMHF induction ceremony and the RMHF student award is named for late Eastman Dean Douglas Lowry.

Canandaigua National Bank & Trust continues as the ceremony’s generous presenting sponsor and Prime Time Funk will return as the ceremony’s popular house band. Tickets for the 2022 ceremony and performances start at $31 go on sale Monday, March 7, at the Eastman Theatre box office and online at EastmanTheatre.org or RochesterMusic.org.

More about the 2022 inductees

The Dady Brothers were a musical duo who performed professionally — and won the hearts of audiences and fans — for more than 40 years. The music of John and Joe Dady transcends genres and generations by melding American folk roots and Irish traditional influences into an amalgam of sound that is uniquely their own. After entertaining audiences throughout the world for decades, Joe Dady passed away in 2019. Like his brother John, he was a highly skilled instrumentalist and singer. The Dady Brothers have garnered many awards and recognition for their talents and cultural and community contributions.

They have taken their talents to many diverse venues from the reaches of Alaska to Ireland from the Caribbean to Nova Scotia, performing more 5,000 shows at concert halls, schools, music festivals and night clubs. The Dadys hosted more than 20 guided tours of Ireland, escorting hundreds of folks on the tours of their lives.

Fellow musicians also appreciated The Dady Brothers, including Pete Seeger, with whom they’ve performed, and Dave Matthews who said, “I love these guys. Where can I get more of their music?” The late Bat McGrath, a fellow Hall of Famer, declared, “They’re the best acoustic act I’ve seen.”

The Eastman School of Music of the University of Rochester was founded in 1921 by philanthropist George Eastman, founder of Eastman Kodak Company. Mr. Eastman’s dream was that his school would provide a broad education in the liberal arts as well as superb musical training. More than 900 students are enrolled in the Collegiate Division of the Eastman School of Music — about 500 undergraduates and 400 graduate students.

Students come from almost every state, and approximately 23 percent are from other countries. They are taught by a faculty comprised of more than 130 highly regarded performers, composers, conductors, scholars, and educators. They are Pulitzer Prize winners, Grammy winners, Emmy winners, Guggenheim fellows, ASCAP Award recipients, published authors, recording artists, and acclaimed musicians who have performed in the world’s greatest concert halls.

Each year, Eastman’s students, faculty members, and guest artists present more than 900 concerts to the Rochester community. Additionally, more than 1,500 members of the community, from young children to senior citizens, are enrolled in the Eastman Community Music School.

Nancy Kelly was born in Rochester, N.Y. and grew up in the suburb of Scottsville. She embraced music beginning at the age of four and studied piano, clarinet, drama, dance, and voice. Today she resides in Fair Haven, a village east of Rochester on the shores of Lake Ontario, and has music schools in Rochester and Syracuse, plus hosts video lessons worldwide for aspiring and fellow artists.

During her four-decade career she has honed her trademark swing/bop style in front of audiences across the United States and internationally, from Singapore to Switzerland, France to Turkey, and tours of Asia, including Japan, Hong Kong, Bangkok, and Jakarta.

Kelly, who is known for her impeccable phrasing, performs regularly in New York City at The Blue Note, Birdland, The Rainbow Room, and Dizzy’s Jazz Club, as well as performances at Lincoln Center. She also works frequently in Los Angeles and Miami, taking the stage at jazz clubs and festivals and with symphony orchestras across the country.

She was twice named “Best Female Jazz Vocalist” in the Down Beat Readers’ Poll. Her six CDs have been critically acclaimed, including her debut CD, “Live Jazz,” which reached no. 11 on the Billboard charts. Her fifth CD held for several weeks in the Top 50 on the national JazzWeek charts and received rave reviews from critics worldwide.

Nathan “Mick” Guzauski is a multi-Grammy®-winning mixing engineer and sound engineer who has been personally hand-selected by numerous artists to mix their songs and albums — including Michael Jackson, Prince, Daft Punk, Eric Clapton, Marc Anthony, Pharrell Williams, and Janelle Monáe.

His work spans a wide range of styles, including jazz, R&B, Latin, rock, pop, easy listening, funk, and hip hop. He has mixed 27 no. 1 hit singles and numerous albums, for which he has won Grammy® Awards for Best Engineered Album as well as Latin Grammys®. In 2005, he earned an Emmy® nomination for Outstanding Sound Mixing for a Variety or Music Series for his work on Eric Clapton: Crossroads Guitar Festival (Great Performances).

Guzauski grew up in Rochester, and when in high school created a recording studio in his parents’ basement — as there were no local commercial studios where he could work. In his studio he used equipment that he built, borrowed, repaired, and modified. He did pickup engineer work with fellow Hall of Famers Steve Gadd, Tony Levin, and Lou Gramm.

Around the same time, he met fellow Hall of Famer Chuck Mangione, an up-and-coming composer in Rochester, and engineered his recordings as well as mixed his live sound. When Mangione signed with A&M Records in 1975, he invited Guzauski to relocate to Los Angeles to engineer his new album — a recording with a 45-piece orchestra, with a rhythm section and soloists, at A&M studios. Guzauski engineered several albums for Mangione over the next few years.

Whirlwind Music Distributors has kept the biggest rock tours and major events worldwide wired for 45 years — all from its headquarters in Greece, N.Y. The hometown company, founded and owned by Michael Laiacona, manufactures the world’s largest range of professional audio lighting and AC power interfacing products. In short, they are the guys that connect everything — from the guitar cord to the splitter snakes to the broadcast truck to the road cases they’re truck-packed in, to the portable power distribution that makes it all possible.

Laiacona started Whirlwind in 1975 after helping launch MXR, a company that made effects pedals for guitars, creating a variety of new and altered sounds heard on nearly every album recorded in the 1970s. Among Laiacona’s customers was John Lennon, who thanked him personally for the inventive product.

Laiacona is a musician himself, playing bass as a kid in a garage band and today as a member of local band Black Rabbit. Through his own work as a musician and traversing the country for MXR, he witnessed musicians and crews trying to build their own snakes and instrument cords, struggling to safely, and dependably, connect the amps, instruments, and speakers on the stage and to the sound booth stationed in the audience. He saw a need and launched his new business, first with guitar cables and grew it from there.

As the audio and visual business has evolved, so has Whirlwind, which is widely known in the music industry for quality and innovation. Laiacona and his team strategize with each client to provide a package of American-made Whirlwind products to meet their needs. Whirlwind’s equipment has a reputation for reliability and sturdiness, as the products are intentionally overbuilt, and designed to perform night after night, tour after tour, year after year.

Laiacona formed Whirlwind with his late wife, Bonnie Gardner in the early 1970s. The company started on Boxart Street in Rochester and moved their expanded factory to Ling Road about 20 years ago. Today the company has more than 130 employees and for several decades Laiacona has employed hundreds of working Rochester musicians at Whirlwind.

A Rochester native, McCurdy began playing drums at age 9 and took lessons as a teenager with Bill Street at the Eastman Community Music School, and at age 17 performed with Roy Eldridge and Eddie Vinson. He continued to be inspired and influenced by many jazz greats in the circles in which he played.

Early in his career, in addition to serving in the U.S. Air Force, he joined the Art Farmer-Benny Golson Jazztet and then traveled internationally and extensively as a member of the Cannonball Adderley Quintet. McCurdy has recorded chart-topping albums with pop artist Kenny Rankin and appears on Rollins’s 1963 classic “Sonny Meets Hawk,” Adderley’s Grammy-winning 1966 “Mercy, Mercy, Mercy,” and 1983 album “Jackson, Johnson, Brown & Company.” He also has done studio work for NBC and contributed to several commercial jingles.

Modern Drummer magazine noted that McCurdy opened the door for funk and fusion by emphasizing the backbeat and employing a definitive bass drum pattern.

In an interview with The Los Angeles Times, McCurdy described his love of performing music: “If everybody is playing together, if it’s happening right, then it would get to such a level that you would feel like you were floating, almost out of your body so that you could look down and watch yourself play. It’s a beautiful peak to get to.”

McCurdy serves as an adjunct professor in the Jazz Studies Department of the Thornton School of Music at University of Southern California and serves on the faculty of the Pasadena Conservatory of Music.

About Rochester Music Hall of Fame

The Rochester Music Hall of Fame is committed to recognizing those with ties to Rochester whose talents, efforts, perseverance, and creativity have contributed to the creation of musical excellence. All profits from the ceremony and programs underwrite music education. Since taking the stage in 2012, the eight induction ceremonies have drawn sell-out or near sell-out crowds. The Hall of Fame celebrates 54 inductees to date. The all-volunteer board of the non-profit Hall of Fame — of which most members are musicians themselves — have modeled this event after world-class music awards shows like the Kennedy Center Honors, the Grammy Awards, and the Rock and Roll Hall of Fame induction ceremony.

Buddy Guy brings it to the JazzFest

By Will YoungIt was June 26th at the 2014 Rochester Jazz festival, and Buddy Guy took the…